Encouraging a recycling-oriented society through Mottainai

The word Mottainai is a Japanese term conveying a sense of regret concerning waste. The expression "Mottainai!" can be uttered alone as an exclamation when something useful, such as food or time, is wasted, meaning roughly "what a waste!" or "Don't waste." 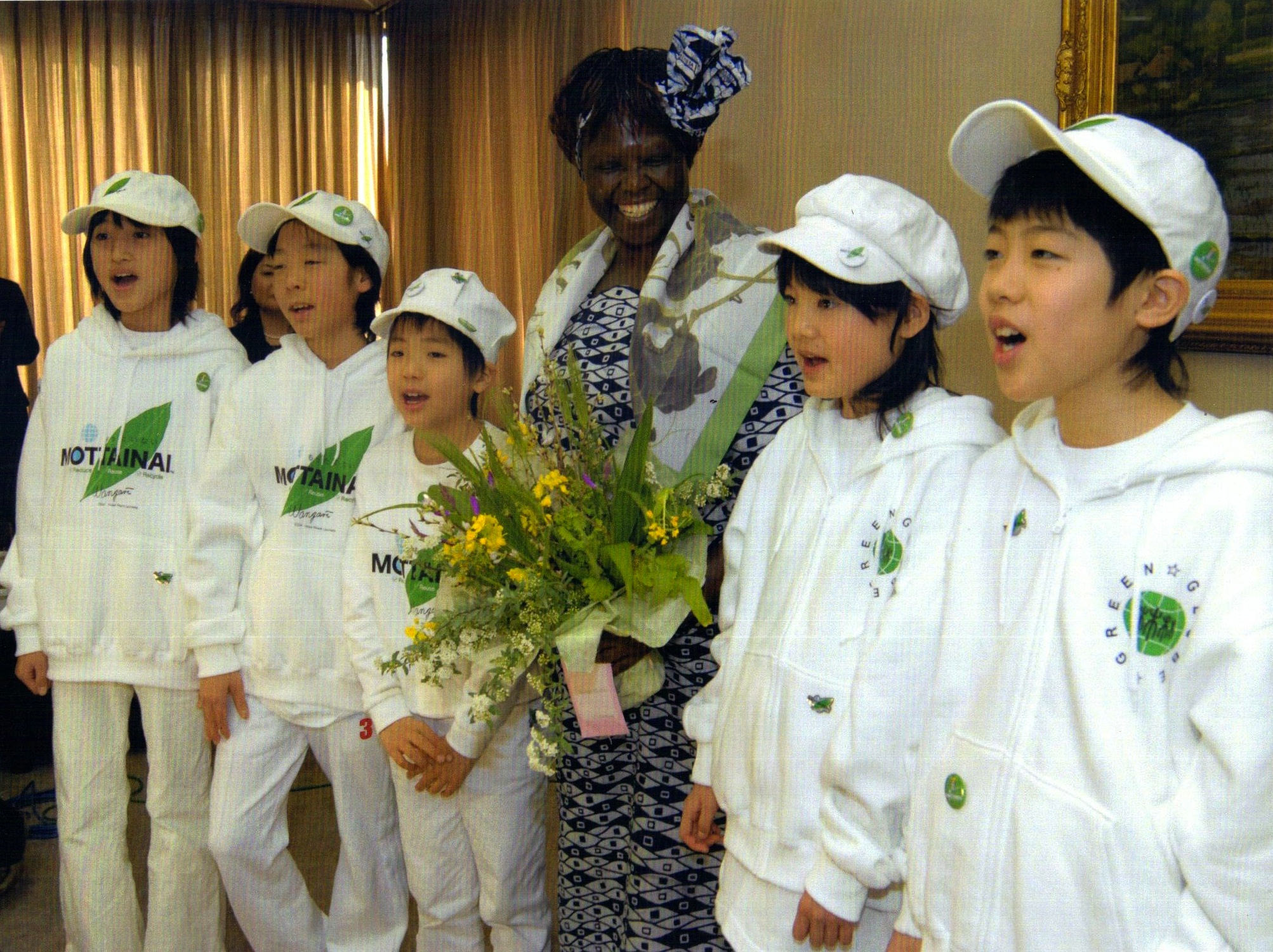 The impetus for the Mottainai concept at the Green Belt Movement (GBM) dates back to February 2005 when Professor Wangari Maathai visited Japan. At the time, Professor Maathai learnt for the first time of the longstanding spirit of ‘Mottainai’ among the Japanese in an interview with the Mainichi Newspapers. Deeply impressed by this spirit, Professor Maathai began to use it as a keyword for raising global awareness about the need for environmental protection, and it is here that the strong partnership with Japan, that still exists, began. Proposing MOTTAINAI as part of the lingua franca for environmental protection, the Mainichi Newspapers launched the MOTTAINAI Campaign Office in March 2005 to embody Professor Maathai's idea.

Since its launch, the Mottainai Campaign has been developing in various ways as a worldwide movement that seeks to build a sustainable and recycling-oriented society and to broaden the reach of lifestyles that do not place a burden on the global environment. It is also widely recognized as a recycling-oriented, environmental brand.

In Kenya, GBM has adopted the Mottainai campaign around the elimination of plastic waste from the environment through advocacy and education seminars. Through this campaign, we have mobilized communities to influence policy changes for the production and use of very thin plastic materials.

During her time as the Assistant Minister for Environment, Wangari Maathai spearheaded the campaign to ban the use of thin plastic bags. She argued that a community-based approach may succeed in reducing waste while also curbing the spread of malaria. She explained that mosquitoes often breed in pools formed in litter and, if communities began reusing plastic, they could destroy many malaria breeding grounds.

Through awareness and sensitization workshops throughout the country, GBM reaches out to communities at the grassroots level and educates them about the meaning of Mottainai, encouraging them to:

•Reduce the use of plastic by promoting alternatives (sisal, fabric and biodegradable paper bags)

•Dispose of waste responsibly to prevent further environmental pollution. The best way to approach household waste is to reduce the amount you create. However, it is important to ensure that the waste you do create is disposed in a manner that is environmentally safe and follows local rules and regulations.

Mottainai could be the simplest and most effective way to promote the spirit of RESPECT FOR MOTHER EARTH!