Addis Ababa, 26 September 2014 – Yesterday, the African Union Commission (AUC), through its Department of Rural Economy and Agriculture (DREA), in collaboration with the Ministry of Forestry and Environment and the Environment Protection Agency of the Federal Democratic Republic of Ethiopia marked the 3rd Anniversary of the death of Prof. Wangari Maathai, Africa’s first woman Nobel laureate. The event was commemorated with a tree planting ceremony at the premises of the Commission. 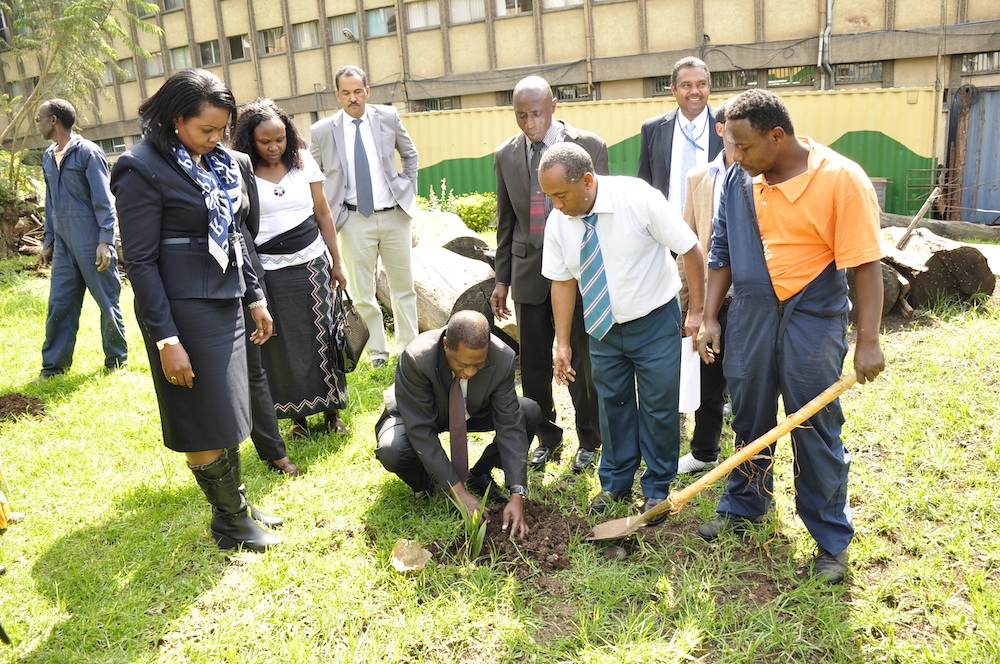 “We are gathered here this morning to pay tribute to our late sister for championing the cause of the poor and leading the struggle against environmental degradation. This occasion is largely symbolic but nonetheless very important. It is an occasion for each of us to take a full assessment of our own actions and contributions in carrying forward the baton to the next generation”, said H.E Dr. Mustapha Kaloko, Commissioner for Social Affairs at the AUC and acting Commissioner for DREA, at the commemoration event

The Commissioner reminded all stakeholders to play individual and collective responsibilities to safeguard the environment and its vital resources to engender sustainable development in the continent. “No outsider can do this for us. It is something that we owe to Africa’s future generations. We must keep alive the flame lit by that illustrious daughter of Africa. Wangari Maathai is gone forever but she left us with a formidable task. That task is keeping her legacy of sustainable environmental management that would secure a sustainability future for humanity and the entire planet”, he added.

Addressing the event, Ms. Mercy A Odongo, Second Secretary of Embassy of the Republic of Kenya in Ethiopia expressed her gratitude for the AU Commission and the Government of Ethiopia for organizing tree planting ceremony in commemorating the life of Prof. Wangari Maathai.

“It is indeed fitting that we honour Professor Wangari at this special commemoration by planting trees. Her memory is bound up with trees, from the many millions of saplings planted by communities and women’s groups throughout Africa and the world, to the irreplaceable mature forests she campaigned so hard to protect”, she added. 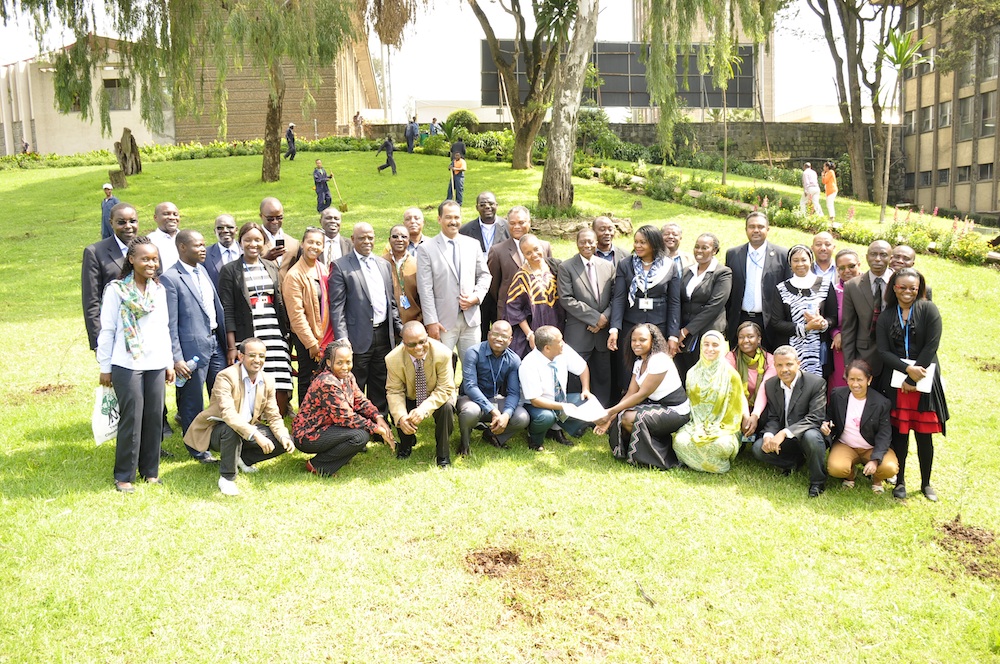 Dr. Janet Edeme, Head of Division of Rural Economy and Officer-in-Charge of the , Department of Rural Economy and Agriculture, AUC underlined the fact that Prof. Maathai’s actions and initiatives have led to enhanced political awareness and commitment to environmental sustainability not only in Kenya but throughout Africa.

“We must be inspired by such kind of environmental initiatives, at a time when the world is holding a summit to address the issues of climate change,” said Mr. Ahmedou Beibatt, Representative from the Embassy of the Islamic Republic of Mauritania in Ethiopia and Permanent Mission to AU and UNECA.