New funding for forests: the launch of the Fast Start REDD+ Partnership in Olso 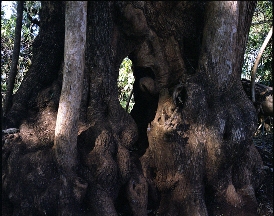 Last week I joined Wangari and the team in Oslo to attend the launch of the REDD+ Partnership Agreement. This new initiative for forests (2010-2012) came out of the Fast Start funding discussions also known as the Paris-Oslo process.

Wangari spoke alongside HRH Prince Charles, the host Prime Minister Jans Stoltenberg of Norway, and many other heads of state as well as Secretary General Ban Ki-Moon. Two representatives from the Congo Basin region- DRC President Denis Sassou Nguesso and Gabon President Ali Bongo gave their contributions. Prime Minister Raila Odinga of Kenya also spoke in the opening plenary. The presence of so many high level political leaders as well as NGO leaders and others (over 500 attended) gave an indication of how big the issue of REDD has become in a few short years. And just how high the stakes are getting….

From the NGO world this level of interest and government commitment has had a mixed response. Governments like Norway and the UK, France and other donor countries are being commended for putting the money up for “early day” actions to reduce deforestation ahead of the UN climate change talks process. The other big announcement of the event was the $1 Billion from Norway to Indonesia to stop deforestation in the next two years. This bilateral agreement between a donor government and recipient to reduce deforestation at that level of funding is remarkable.

However many forest NGOs and other experts are concerned about delivery issues and the lack of detail in the text that could mean that instead of protecting natural forests REDD could at worst accelerate deforestation and pay companies to plant plantations like palm oil. Furthermore the track record of big funding agreements have not always been good in terms of governance issues such as upholding rights of indigenous peoples.

There is a lot of fear that REDD could prove disastrous for forests if the process is not transparent and does not adhere to the UN climate change negotiations - where all governments are able to be present and contribute to decision making. A lot of the discussions are quite technical, including the issue of how we define a "forest". Trying to de-jargon the discussions is a big challenge- here John Vidal from the Guardian gives it a go.

Suffice to say it is early days in the new Partnership on REDD… however time is very short if we want to even attempt to reach the targets for deforestation recommended to stop global temperatures from rising over 1.5 or 2 degrees Celsius.

The partnership agreement has relatively modest aims to start with- it hopes to build “capacity” in other words “enable” developing country governments and others to be able to gain future payments for their successes in reducing deforestation. Initially the partnership will fund the institutional processes that need to be put in place for this to happen. Later on, depending on each country's capability, payments for reducing deforestation would start.

Many questions on how this will truly be effective remain. However it is a start, commendable action from some key players when other governments have not so far been forthcoming with their financial commitments to climate change.

Below is our recording of our founder Professor Wangari Maathai’s speech at the plenary session. In summary Prof, as we like to call her, made reference to the issues of climate change skepticism and how this has grown since Copenhagen. As well as the urgent need to demonstrate commitment by governments to concrete actions now before the next climate change summit in Caucun in Mexico. The importance of the REDD+ initiative in addressing deforestation in Africa- the Congo basin region in particular, and the Mau forest of Kenya, that necessitate for capacity building for countries in the region. Prof also touched on the need to be careful to build an open and transparent process to ensure real results are delivered.