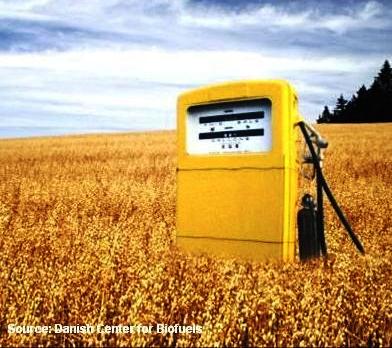 Today's blog is the final one from our guest blogger Teresa Cafaro who is interning at the GBM Europe office for three months.

Presented as the future of combustible energy, biofuels have been gaining a growing interest and enthusiasm over the past few years. This is due firstly to the oscillation of oil prices and secondly to concerns about climate changes. In fact biofuels are often described as an effective alternative to petroleum in order to avoid its disastrous effects for the environment and for human health. They are biodegradable, offer energy security and produce cleaner and lower emissions in comparison to classical fossil fuels. As a result an increasing number of investments have been made in this sector.

But is this so-called miracle an efficient green solution? Following the conclusions of a study conducted by the World Agroforesty Center World Agroforesty Center about Jatropha curcas, (Jatropha) a shrubby-tree used for the production of biodiesel, caution is needed. Jatropha, in the past few years, has been promoted in more than enthusiastic tones as the 'wonder crop'. In January 2009, Time Magazine described the Jatropha as the potentially next big biofuel as it has a crucial advantage in alleviating rural poverty: "unlike corn and other biofuel sources, the Jatropha doesn’t have to compete with food crops for arable land. Even in the worst of soils, it grows like weeds"

But what is the reality? The report Jatropha Reality Check has studied the suitability of Jatropha as a bioenergy crop, from both an economical and ecological point of view in Kenya. Through a survey literally conducted on the 'field', hundreds of small farmers have been interviewed about the yields of Jatropha. The study has shown a dramatically different reality to what has been enthusiastically claimed. Jatropha has low yields and uneconomical costs of production. What is more this crop needs a large amount of irrigation or rainfall and has a low performance in dry zones. Contrary to what has been stated, Jatropha is vulnerable to a significant number of pests and diseases. In the lights of these results, the report suggests that “Jatropha should not be promoted among smallholder farmers as a monoculture or intercropped plantation crop […] We recommend that all stakeholders re-evaluate their activities promoting Jatropha among smallholder farmers”.

Furthermore, the implementation of biofuel production may potentially have catastrophic consequences for local wildlife and indigenous communities, as demonstrated in the Dakatcha woodland forest in Malindi town, Kenya.

What can we learn from this experience? Biofuels have potential for the future of combustible energy but sometimes they have been promoted too easily without investigating the possible consequences. Taking into account that the majority of bioenergy crops are settled in developing countries, even more cautiousness is needed. Before investing in biofuel itself, promoters should devote financial resources towards researching the possible environmental impacts, effects on food production and the economic consequences for the interested region.