Climate Conflicts over Water: The liquid of life

This blog was written by guest blogger and volunteer in GBMI’s Europe Office, Samantha Wilde. 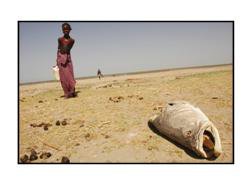 WATER: it is one of the basic necessities needed by all to survive. But what happens when we don't have water or when water becomes increasingly difficult to find? This is a question that is becoming more prevalent in drought prone areas of Sub-Saharan Africa.

For a large majority of people facing water crisis, their only answers are to migrate or stay and face famine and disease. As population pressures increase, migration to fertile or even marginal lands has become more difficult as tribes become more protective of their territories and, thus, conflicts over water have become increasingly more common. 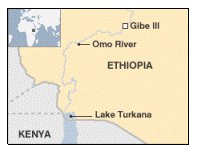 As aptly illustrated in the video by Yale University, water conflicts in Northern Kenya is a stark reminder of the reality of climate change to the Turkana of Kenya and the Dassanech, Nyangatom and Mursi of Ethiopia. In the last 40 years, average temperatures have increased by 2 degrees; drought occurs every 2-3 years instead of the historic figure of every 10-11 years; and dam projects like Gibe 3 have caused Lake Turkana to recede drastically, threatening the livelihoods of 500,000 people living in the region.

As the lake recedes south into Kenya, tribes are shifting and crossing both international and tribal boundaries. These migrations have been met with hostility as both sides fight for ownership over the precious rights to water.

These clashes are some of the more obvious conflicts created by climate change. In the years to come the situation is only expected to get worse with increasing temperatures and a major dam project called Gibe 3, which threatens to diminish the lake completely 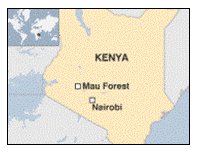 Throughout Kenya, changes in rainfall patterns coupled with environmental degradation of forest complexes threatens to diminish lakes and rivers. Last year, rivers in Nakuru, which originate in the Mau Forest complex, were bone dry even in the rainy season. The changes are affecting traditional livelihoods, customs and posing sanitary risks. It is also threatening one of Kenya’s major industries: tourism. Declining water levels in the Mara River and Lake Nakuru are threatening all wildlife depending on these natural water sources for survival. In response, the Kenyan government has begun evicting illegal squatters in the Mau in hopes to revitalize the catchment areas.

Climate change and its global impact will continue to be illustrated with examples in the coming weeks leading up to the next international climate change meeting: the United Nations Framework Convention on Climate Change Conference of the Parties (COP16) in Cancun, Mexico.

Keep a look out on our blog for updates on COP16 and what this means for Africa later this month.