Climate Change is as real as it gets

Most of us have seen melting glaciers, green lands turning to dry lands and raging forest fires. These are images that we have stumbled upon as we scrolled through the internet, our television sets or maybe to some of us, they are real-life experiences. Whatever the case, we are in a different ecological era and the consequences are grim for many of us, especially for the most economically disadvantaged in society.

Noting with concern the importance of integrating climate change into the mainstream national agenda, the Ministry of Environment in Kenya launched the National Climate Change Action Plan (NCCAP) in March, 2013. This publication served as one of the key guiding documents in writing of the Nandi and Nakuru County Climate Change Action Plans (CCCAPs). Having obtained funding from the International Climate Initiative (IKI); the Green Belt Movement (GBM) and the Institute for Environment and Water Management (IEWM), as consultants hired by GBM, held workshops with stakeholders in Nakuru and Nandi in February and June, 2018 to aid in drafting of these CCCAPs. 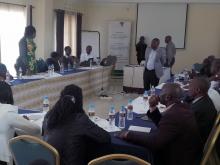 From 18 – 20 June, 2018, GBM alongside IEWM travelled to Kapsabet and Nakuru Town to facilitate validation workshops on the existing drafts of the respective Nandi and Nakuru CCCAPs (2018 – 2022). These Action Plans have been collaboratively developed by: GBM, IEWM (as consultants); the respective County Government officials from various ministries Tree Nursery Growers Association of Kenya; the Kenya Forest Service (KFS); the Kenya Wildlife Service (KWS), Nandi & Nakuru County Water Resource User Associations (WRUAs), various Community Forest Associations (CFAs) and the private sector. So far, Nandi and Nakuru are the only counties that have draft CCCAPs. 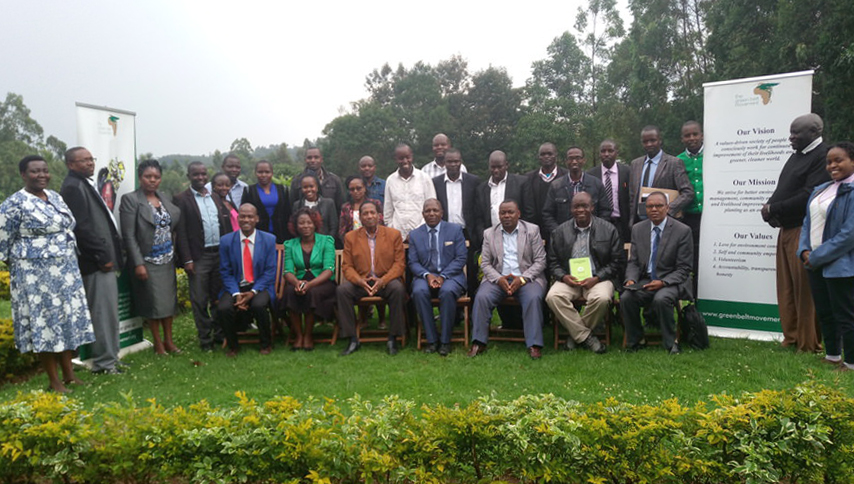 The main purpose of the validation workshops has been to confirm that input gathered in February from the relevant stakeholders has been fully covered and appropriately documented. They also seek to collect additional comments before editing the CCCAPs and producing a final draft for publication and adaption. Attendees of both workshops showed a high level of commitment to ensuring that the Plan shall be effectively actualised. 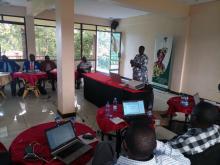 In Nandi, the Chief Officer of Lands, Environment and Water, Mr. Mang’ira Solomon, participated in the workshop and emphasised the need to integrate environmental affairs into development. Citing the need to reduce politicization of environmental matters, Mang’ira, on behalf of the County Government of Nandi, extended support for the Action Plan and welcomed the work of GBM in the County. Similarly, the Director for Environment Nakuru County Mr. Muriithi Kiogora, highlighted that the Action Plan will not only place Nakuru at the forefront of environmental management in Kenya, but will also be vital in ensuring sustainability of the mainly natural resource - dependent economy of the County.

With the documents having been validated, GBM and IEWM now seek to hold further consultations with respective stakeholders and eventually publish the final County-Specific Climate Action Plan (2018-2022).

At GBM, the success of this Action Plan is not an achievement that can be solely credited to the organisation. Rather, it is a collaborative effort by all the aforementioned stakeholders and at the end of the day; it belongs to the people of both Nandi and Nakuru Counties and shall be implemented by the people under the guidance of their county governments as a legal enforcing entities. 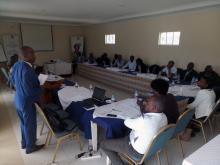 As Nandi and Nakuru pilot this project, other counties in Kenya are urged to follow suit. Bearing in mind that the livelihoods of most Kenyans are dependent on and driven by natural resources, there is a pressing need to quickly mitigate and adapt to climate change.