The Green Belt Movement is joined by friends and supporters for an evening of reflection, debate, and celebration of Wangari’s life

“What’s needed for the triumph of good, is enough decent people to stand up,” - Kumi Naidoo 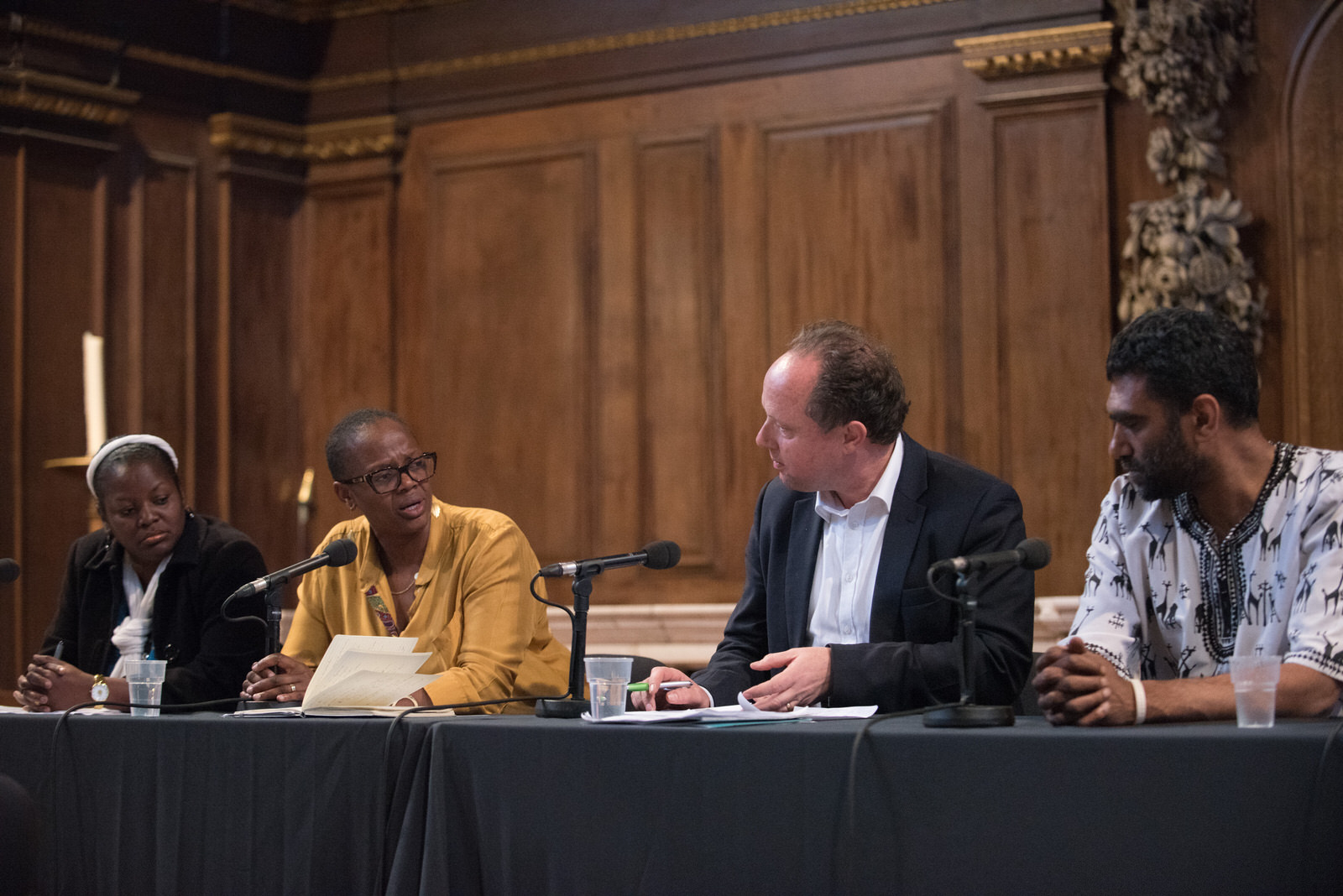 On June 16 2015, Green Belt Movement International (GBMI) Europe hosted the Third Annual Wangari Maathai Memorial Lecture in St James Church Piccadilly. More than 200 people joined us for an evening with Kumi Naidoo, Executive Director of Greenpeace International as he shared his thoughts on Professor Maathai’s life, legacy and the climate change injustices she fought for, punctuated by stories from Kumi’s own life of campaigning and advocacy.

In addition, the audience was treated to Cellist Michael Fitzpatrick’s beautiful and reflective pieces as he performed within the dramatic and historic venue. The event culminated with a panel discussion chaired by Nick Robins, UNEP’s Co-Director, Inquiry into the Design of a Sustainable Financial System.  Wanjira Mathai, Chair of the Green Belt Movement, Aisha Karanja, Executive Director of the Green Belt Movement and Kumi Naidoo all took part in an informal and informative discussion and gave their insights to questions provided by the audience.

Guests arrived at 6:30pm for a drinks and canapés reception in which representatives in the conservation, human rights, political, academic, and journalism sectors came together to meet and share their own experiences. The beautiful backdrop of the 17th century Christopher Wren designed church in the heart of central London was a unique location for our audience to come together. St James Piccadilly’s commitment to welcoming a diverse congregation and visitors as well as its on-going commitment to supporting human rights made the venue an ideal place to discuss the life and legacy of Wangari Maathai.

Kumi delivered an impassioned and humorous speech but communicated a very serious message calling for courage and collective action against climate change. The light tone of his address turned to reflection on Wangari Maathai’s ardent fight against injustice, “Wangari showed courage daring to make the connection between the simple, but honourable act of planting trees and improving the environment. And in improving women’s rights and position in society, not only in Kenya, but as a whole.” And quoting Professor Maathai herself on how, “our political systems today, killed creativity, nurtured corruption and produced people that were afraid of their leaders,” Kumi drew parallels with political leaders finding ever more secluded places to discuss world issues, referring to the recent G7 summit, away from civil thought and opinion. 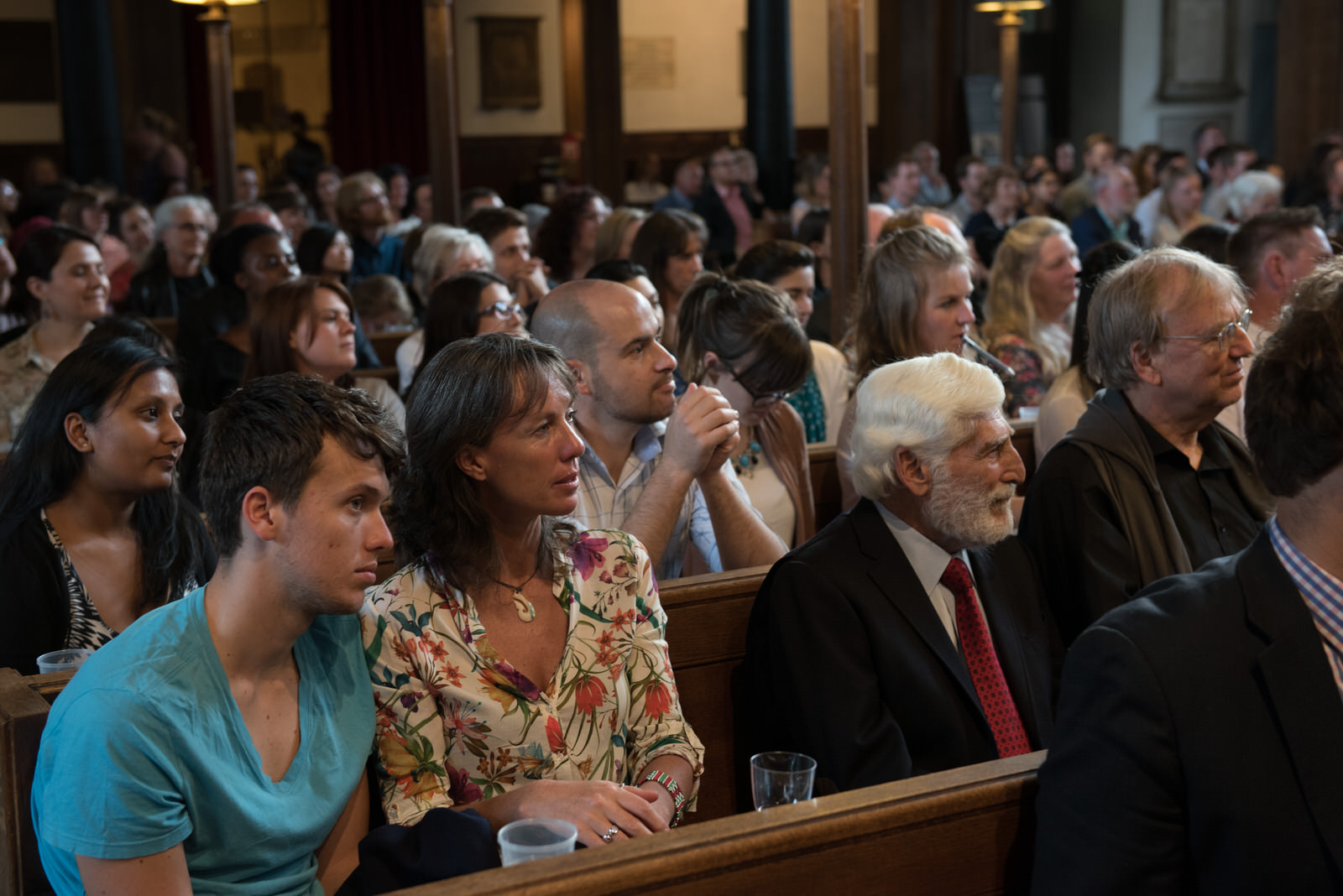 The keynote speech was sandwiched by two performances from Michael Fitzpatrick. It was a great honour to hear Michael play in an intimate setting; a man that has performed for Government leaders, royalty and religious figures. Kumi’s call to action against grave climate injustices and Michael’s melodious performances were in some ways starkly contrasting, yet both yielded the complete captivation of every mind along every pew.

The evening finale was a panel discussion, which tied together Kumi’s speech about courage to the courage shown by Wangari herself. UNEP’s Nick Robins asked Wangari’s daughter Wanjira, about her thoughts on her mother’s courage throughout her life and how she instilled this in others. Wanjira spoke of how Wangari “was in many ways a simple woman and at the same time very complex.” About how she analysed issues profoundly and systematically; the ability to bring “what seems so complex” to hone in on the “root cause” and simplify the problem. Key to motivating others was providing a vision of how large systemic issues can be overcome. The Green Belt Movement Executive Director Aisha Karanja told us how the community groups have retained this courage and are sustainable entities in their own right. 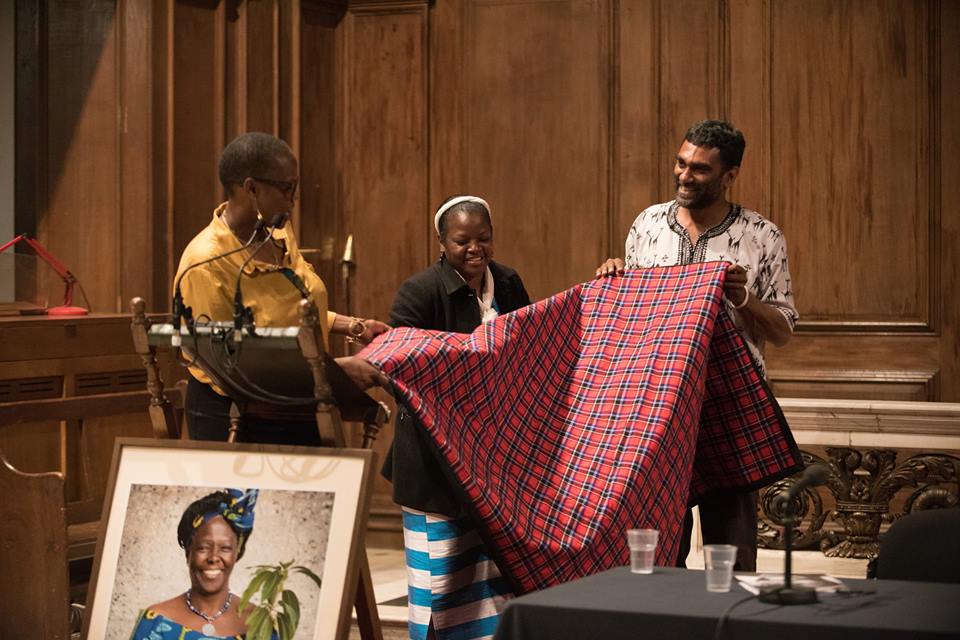 Response from the audience was overwhelmingly positive with many guests commenting on their renewed sense of commitment to their own acts of courage and desire to see change. Guests coming from sectors outside of conservation and human rights commented on how accessible Kumi, Wanjira, Aisha, and Nick’s words were and how much it resonated with their own interest in identifying how they could become activists in their own right.

Professor Maathai's work continues through the Green Belt Movement, a truly sustainable legacy. A video highlight of the event is available here.