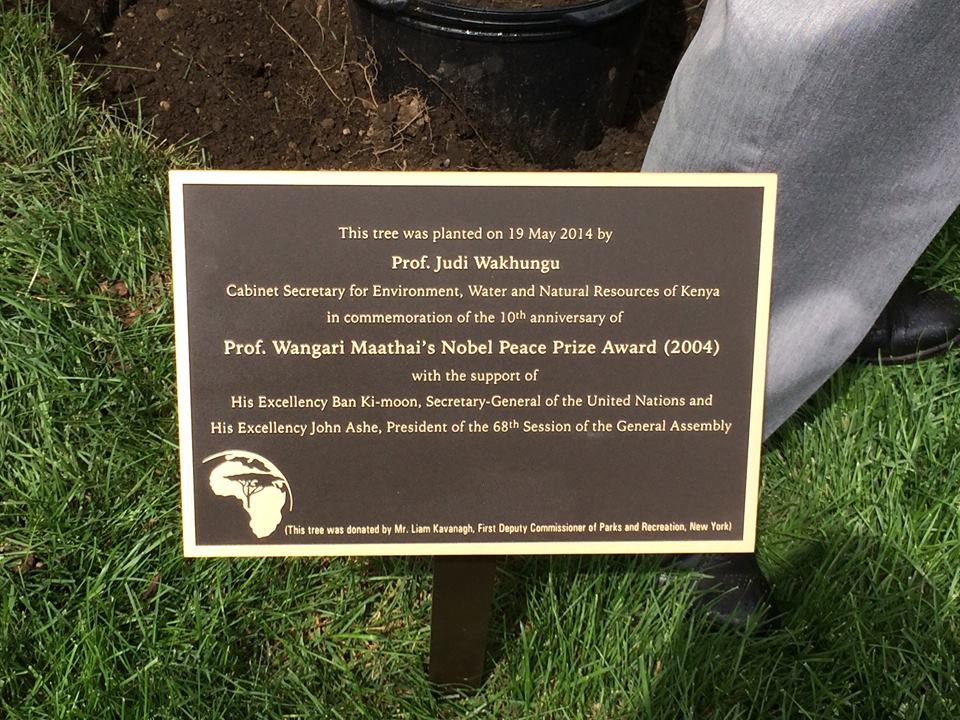 It is fitting that we honour Professor Wangari Maathai at this special commemoration by laying a plaque at the tree she planted here just months after receiving the Nobel Peace Prize. Wangari Maathai's memory is bound up with trees, from the many millions of saplings planted by communities and women's groups throughout Africa and the world, to the irreplaceable mature forests she campaigned so hard to protect.

Wangari Maathai lived - and risked - her life defending the environment and fighting for women's empowerment.  She was threatened and imprisoned, but never intimidated.  Along the way, she became a pioneer in promoting sustainable development and articulating the links between human rights, poverty, environmental protection, peace and security.  That is why she was awarded the 2004 Nobel Peace Prize.

Professor Maathai combined radiant warmth with passion, eloquence with wisdom.  She was an inspiration to all who met her.  Her death was untimely, but her legacy will endure, not just in her own country of Kenya, but far beyond.  As we look forward to a post-2015 development agenda that will bring a life of dignity for all, let us commit to following Professor Maathai's example by caring for people and the planet alike. 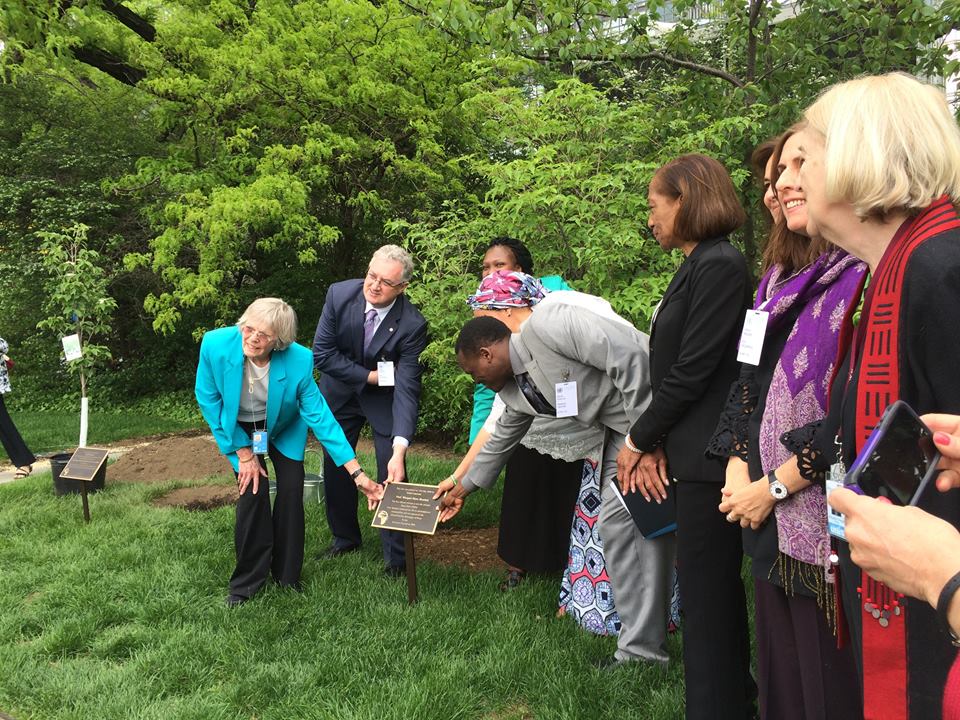 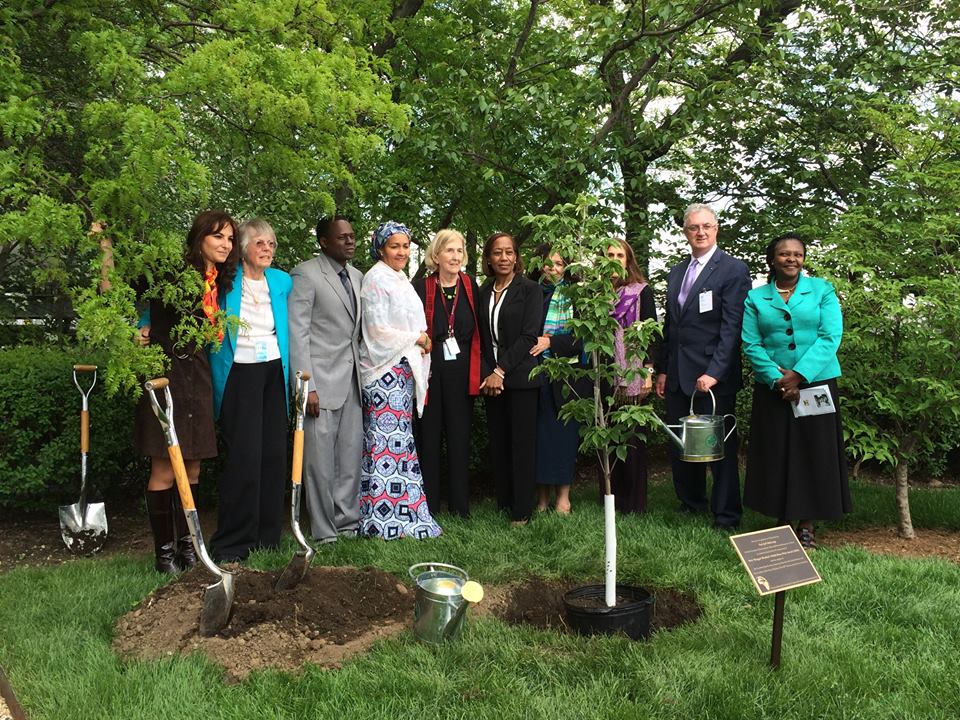