The Green Belt Movement (GBM) has partnered with USAID to start a beekeeping and apiculture project in Nyeri County in Kenya.  The pilot project kicked off on 16 May 2013 when beehives were given out in Nyeri County, Othaya and Tetu.

100 Kenya Top Bar Hives (KTBH) were given to farmers who were part of a previous USAID-funded project concluded in 2012. That project supported farmers to plant an amazing 2.4 million trees on river systems, forests and farms since 2008. The farmers received small funds for community-led tree nurseries based on the number of trees that were planted and survived under their care. The hives were issued as keeping bees was identified as an important way to sustain the project’s tree planting results through income generation. 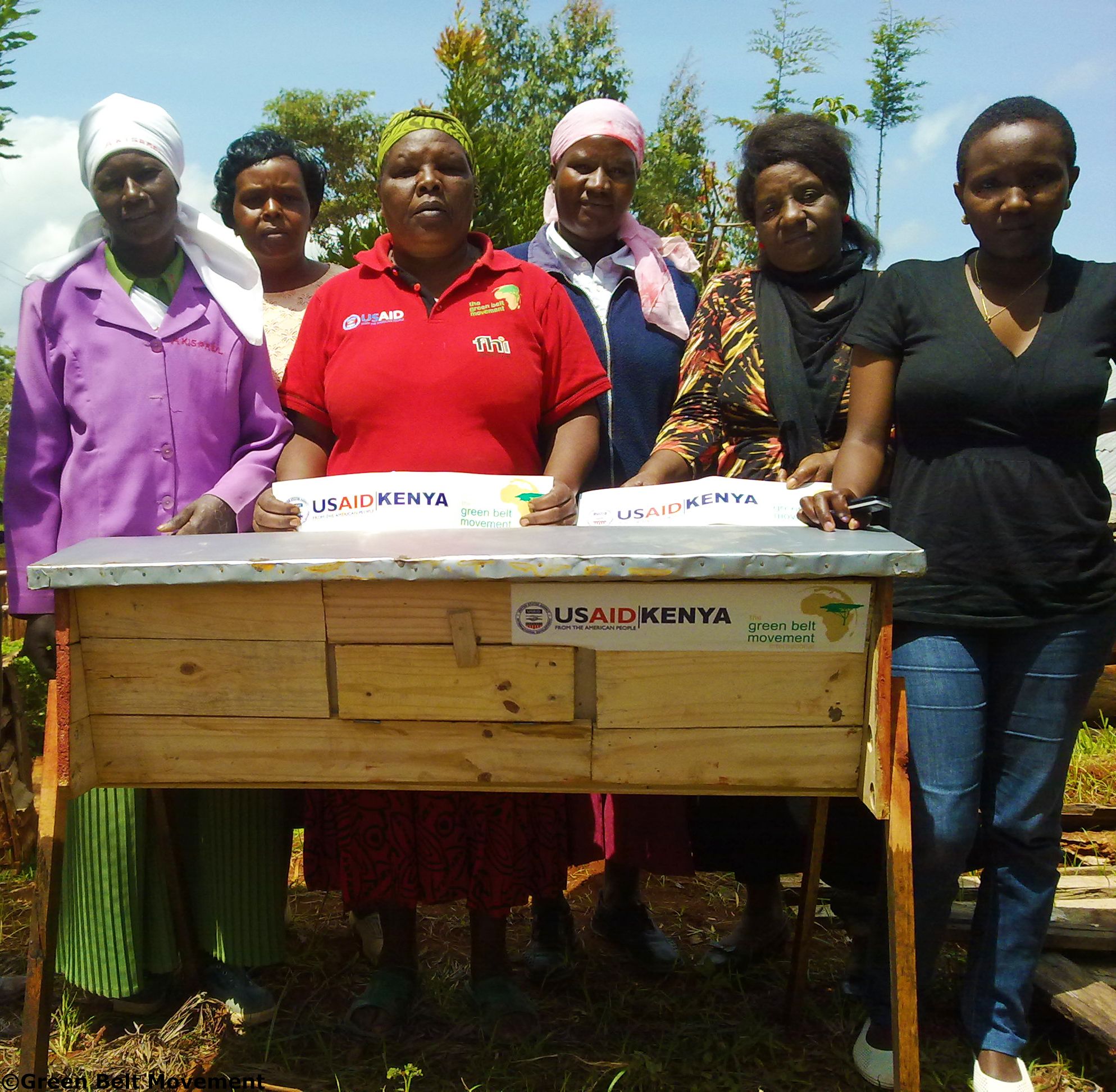 In this region, beekeeping is an environmentally sustainable, economically viable and livelihood improving agricultural activity. Here, the bees will thrive on water catchments, rivers and streams where chemicals and intensive farming has not ousted local biodiversity and farmers have made efforts to conserve these waterways. The bees provide not just honey, but also propolis, pollen and beeswax for improved health and income while improving yields through pollination.

In Kenya, beekeeping contributes an estimated 25,000 Metric tonnes of honey annually; valued at close to 4.3 billion Kenya Shillings (51 million US dollars). It also contributes to Kenya’s National policy objectives spelt out in the Strategic Paper, ‘Vision 2030’ with emphasis on: food security, increased household incomes through value added bee products, employment creation, particularly for the women and youth, increased access to markets and conservation of the environment.

Farmers are placing the beehives along the same riparian reserves and water points on a 967 km stretch of riverbank which they had planted with indigenous trees with 10 hives per km and will be managed by members of the local community.

Speaking during the event when the beehives were given to the community, Njogu Kahare, a Senior Project Officer at GBM, commended the community on their past successes and explained this was the pilot phase of a new project focused on bee keeping. 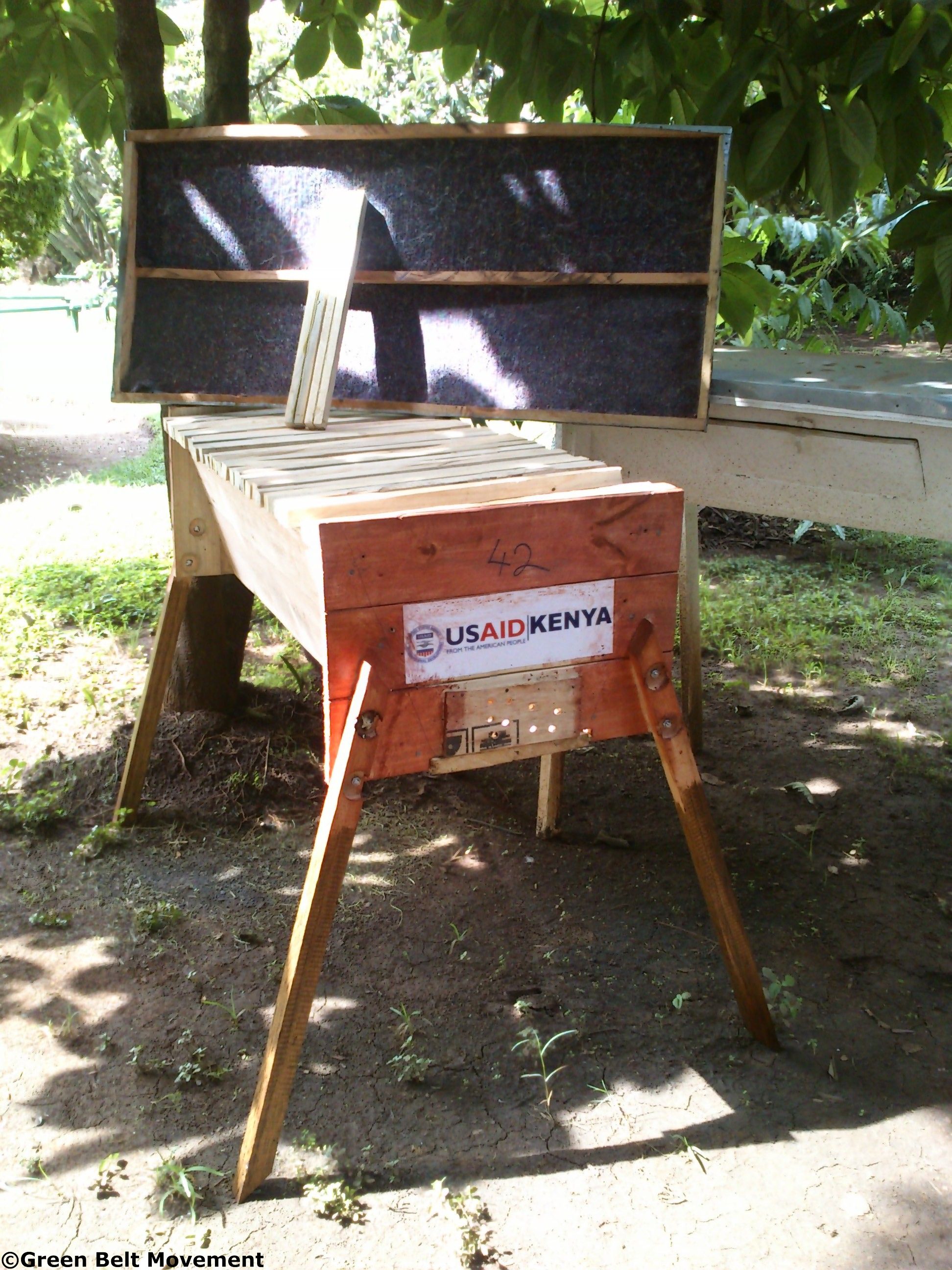 100: The number of Kenya Top Bar Hives given to farmers