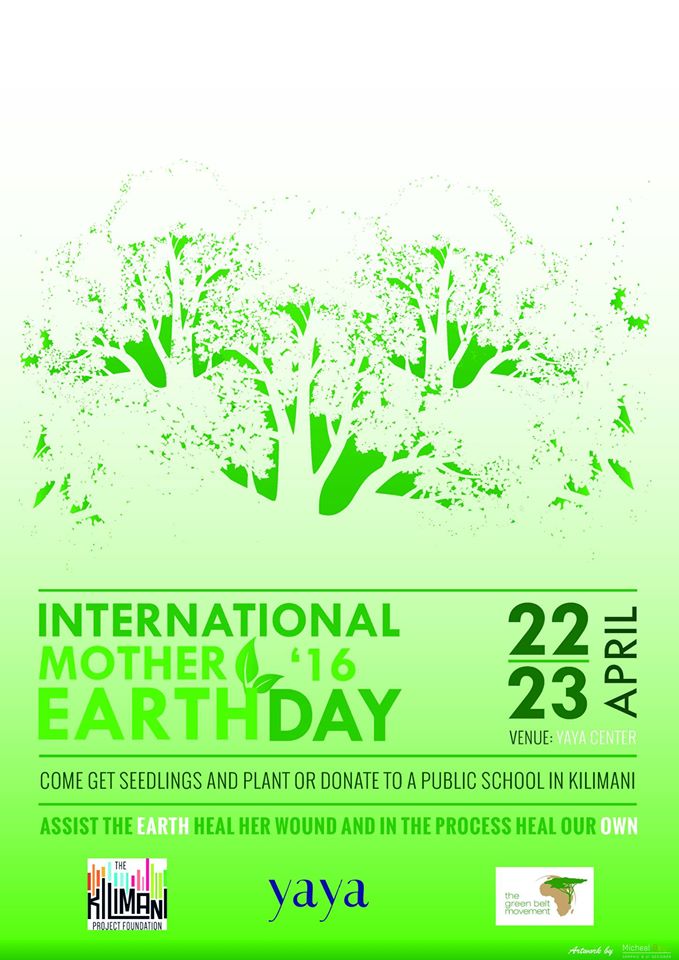 The United Nation’s General Assembly, recognizing that Mother Earth is a common expression for the planet earth in a number of countries and regions, which reflects the interdependence that exists among human beings, other living species and the planet we all inhabit, and noting that Earth Day is observed each year in many countries, decided to designate 22 April as International Mother Earth Day in 2009.

With this year's theme – Trees for the Earth, looking forward to its 50th anniversary, it sets the goal of planting 7.8 billion trees over the next five years.

In line with our ‪#‎Wangariat76‬ appeal, that we all personally and collectively go an extra mile throughout April, Wangari’s birthday month, to each plant a total of 76 trees, we will be partnering with Kilimani Foundation Project and Yaya Centre Nairobi to commemorate the International Mother Earth Day. On this day, you can donate trees to be planted in the public schools within Kilimani area, or plant yours at home.

We will be at Yaya Centre on April 22 and 23 to celebrate International Mother Earth day, join us!