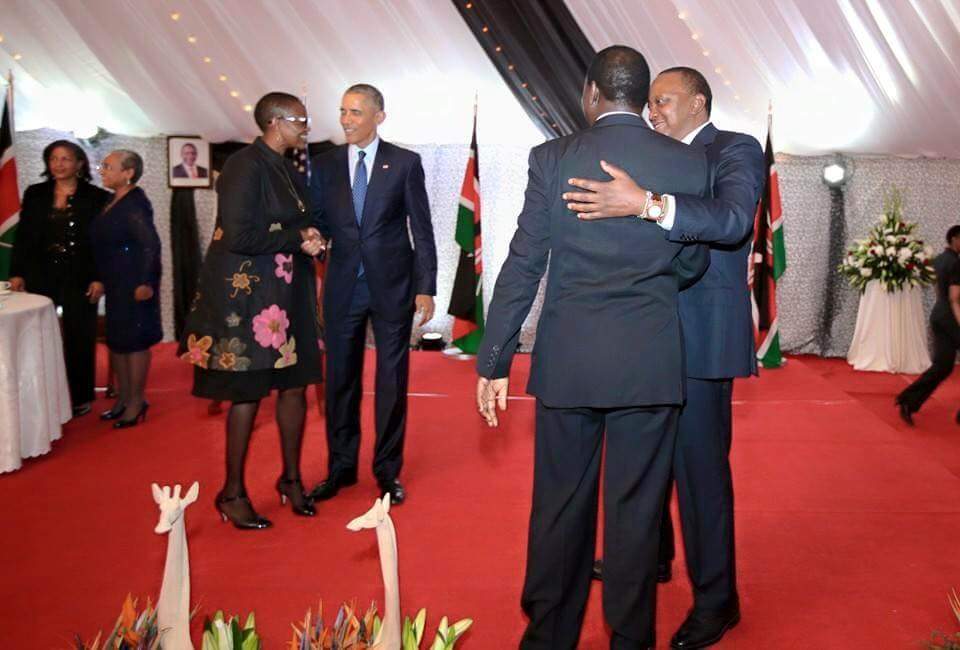 Among the invited guests was Wanjira Mathai, GBM's Board Chair, who had the opportunity to meet President Obama and share a few words.

In his speech, President Uhuru Kenyatta referred to Professor Wangari Maathai and Barack Obama Sr. as distinguished Kenyans who had strong historical ties to the United States through the Kennedy Airlift.

During his speech to the people of Kenya, President Obama highlighted the great strides made by Kenyan women as evidence of the value of women in the society. Among them the Nobel Laureate Wangari Maathai.

"Kenya continues to carve out a distinct place among the nations. The country is a leader for conservation, following in the footprints of Wangari Maathai," he said.

On his last day in the country, President Obama met with representatives of Civil Society organizations at the Young African Leaders Initiative (YALI) Regional Leadership Center in Nairobi and in attendance was Ms. Wanjira Mathai.

When he last visited Kenya in August 2006 as the Illinois State Senator, Barack Obama met Professor Maathai and together they planted a tree at Uhuru Park in Nairobi.