Below is the statement from Wanjira Mathai on the ocassion of the NGOCSD May 2015 General Membership Meeting. The meeting was held on Friday, May 15, 2015 on the 2nd Floor of the Church Center for the UN at 777 United Nations Plaza. 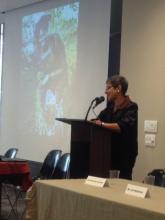 Speaking at the event, Ms. MacDonald described Professor Wangari Maathai as a visionary whose work aimed at bridging the grassroots people, political leaders and policy-makers.  She also spoke about the Wangari Muta Maathai House, a legacy project by Wangari Maathai's friends, family and the extended GBM family. 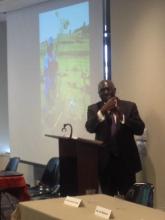